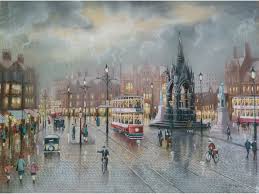 This is a well-meaning book centred on the Adirondack Cottage Sanatorium set up at Saranac Lake, New York, in the 1880s for the treatment of TB.  Unfortunately, much of the story makes very little sense.  There are “outbreaks” of TB, which see whole families suddenly wiped out, relatives put into quarantine, homes disinfected, the deceased’s possessions burnt, and people trying to avoid going out and about for fear of contagion.  That certainly fits with epidemics of many diseases in Victorian and Edwardian times, but not TB, which was endemic rather than epidemic.  People “test positive” for TB, as if it could be definitively diagnosed by one test.  Most bizarrely of all, a New York City doctor, circa 1905, advises a pregnant patient with a history of spinal TB to have an termination.  There’s no way that a doctor at that time would have given that advice, whatever his personal views.

The author’s clearly done a lot of research into life and treatment at the sanatorium (spelt “sanitarium” because it was more of a resort than a hospital, but that spelling annoys me for some reason, sorry!), but the rest of it is really rather odd.

On the positive side, the details about life at this enormous sanatorium/sanatarium/resort is fascinating.  The title of the book comes from the porches in which patients would sit whilst resting in the open air.  We hear a lot about examinations and procedures, and a lot of detail about the food, and also about the fundraising efforts which raised money to enable poorer patients to be treated without payment.  The whole area became dominated by the sanatorium, and the site’s still there, a type of museum.

I’ve had this book on my Kindle for ages, and I can only assume that I got it because the blurb made me think about the sanatoria in the Chalet School books and Elsie Oxenham’s Swiss books!   But it’s important to remember just how rife TB was in Victorian times.  Here in Manchester and the surrounding towns, where you had a lot of people living close together, and a lot of people had lung issues anyway because of the cotton fly and the coal dust in the air, and the climate was, ahem, not the world’s driest, it was the number one killer.

There are better books about it than this, though.  It’s very odd that the author seems to have done so much research into some aspects of it, and yet others make no sense at all.